Acoustic monitoring helps to research life in the Danube Delta 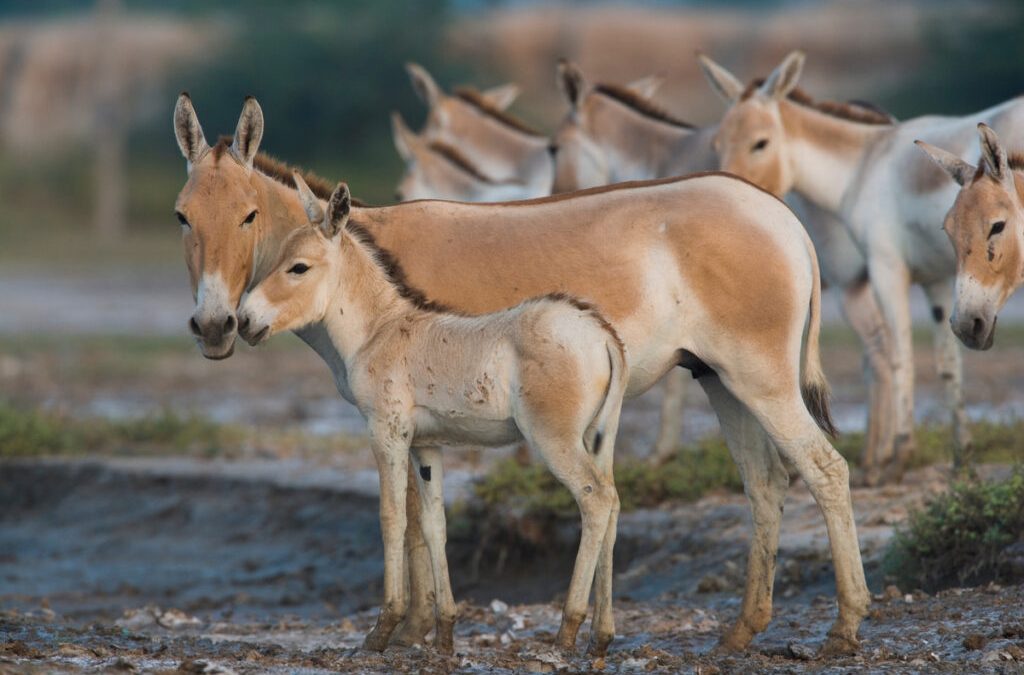 The first wild baby kulan born in Tarutino steppe! The foal was born in a group of kulans that were released into the wild the last fall. To support the species reintroduction in the area, another group of kulans was released this spring by the team of Rewilding Ukraine after the acclimatization period.

Last autumn, a group of kulans, brought in the Tarutino Steppe from the Askania Nova Biosphere Reserve two years ago, was released from the acclimatization enclosure into the wild. Free animals overwintered well without human intervention and support. One of the kulans was tagged with a GPS transmitter, which allowed ecologists and rangers from the local communities to track the animal’s movements. Also, from time to time, the rangers surveyed the steppe and watched the kulans from afar.

“We watched the kulans’ movements throughout the steppe, their preferred resting and feeding places. The release of kulans into the wild in the Tarutino Steppe is an experiment, the first attempt to bring kulans back to nature after being extinct for centuries, to areas of the steppe that are not confined by fences and other obstacles restraining animals in a certain area. Until today, in Ukraine, kulans lived in close-to-natural conditions on the spit of Biryuchy Island, on large fenced areas of the steppe in the “Askania-Nova” biosphere reserve and in the “Beremytske” natural park. So, we weren’t sure how the animals would behave in the wild. That’s why we chose rangers from local communities, who are supposed to supervise the kulans and, if possible, reduce the threats to the animals,” says Mykhailo Nesterenko, executive director of Rewilding Ukraine.

A small miracle in the steppe

The animals overwintered well, wandering wide across the entire steppe. Sometimes local residents noticed kulans in nearby crop fields. But the animals do not cause damage to the crops, so the inhabitants of the surrounding villages, warned in advance about such a possibility, do not harm the animals. On the contrary, people are friendly to kulans and help to observe the movement of animals: they regularly provide ecologists with photos and videos taken during encounters with animals. A few kulans had probably crossed the border with Moldova, but returned back after some time. However, in the spring, when the steppe is covered with a green blanket of various grasses and plants, the group barely left the Tarutino steppe natural reserve, having enough food in this area. Suddenly, during another inspection of the group, the rangers noticed a small miracle: one of the kulan females had a baby.

“This is the first kulan born in the Tarutino steppe in the last few hundred years. Besides, the baby was born free. We are extremely happy about this event, and also because the kulans survived the winter well, even without human support. We hope that the wild kulans have a future in this area, despite the fact that in two years some of the animals died due to parasitic diseases. Another biggest threat to animals is the active use of agrochemicals that get into the steppe areas and into the water during crop management,” adds Oleg Dyakov, Rewilding specialist at Rewilding Ukraine.

The return of the animals to the unique steppe

The Tarutino steppe is one of the very few remaining areas of steppe in Europe. Characterized by its expansive grassy plains, it is home to many endangered species. Without human intervention, it would ordinarily be grazed by herds of wild herbivores, such as kulan, saiga antelope and deer, although these species have all disappeared, mainly due to hunting.

As the number of kulans on the Tarutino steppe increases, their impact on local biodiversity and food chains will grow. Their grazing will keep grass length short, benefitting animals such as souslik and steppe marmot and mitigating wildfire risk by reducing excess vegetation. Moreover, kulans, as well as marmots, European fallow deer, and other iconic species, which the Rewilding Ukraine team is also returning to the steppe, are interesting objects of observation, which will contribute to the development of ecotourism in the region.

Plans for the future

The program to return the kulan to the Danube Delta region, the goal of which is to create a viable free herd of animals here, is long-term and is implemented by the Rewilding Ukraine team together with various partners and projects, with the support of the Borodino Village Council and the Frumushyka-Nova agro-ecological-recreational cluster. Last fall, another group of kulans settled in an acclimatization enclosure as part of the twinning project “Increasing the competitiveness of rural peripheral communities in the south of Odesa region.”

“Unfortunately, during the war in Ukraine, it is difficult for us to ensure the transportation of the next groups of kulan to the steppe. But we have a great hope and do our best to get the victory closer, which will also give us the opportunity to continue the kulan reintroduction program to the Tarutino steppe and other suitable natural areas of southern Ukraine,” Oleg Dyakov expresses hope. 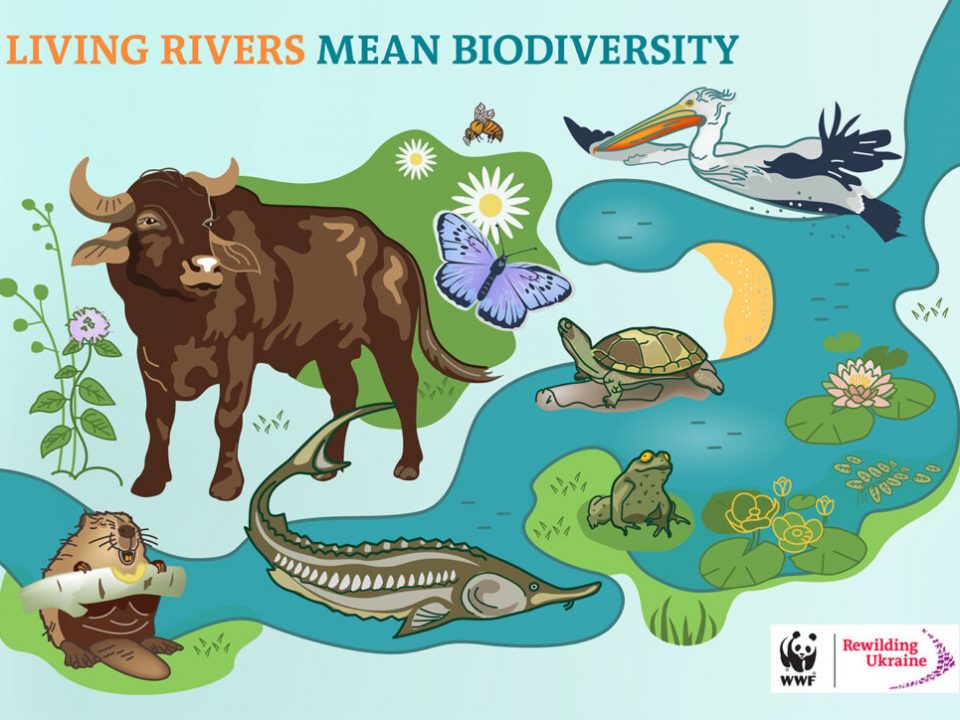 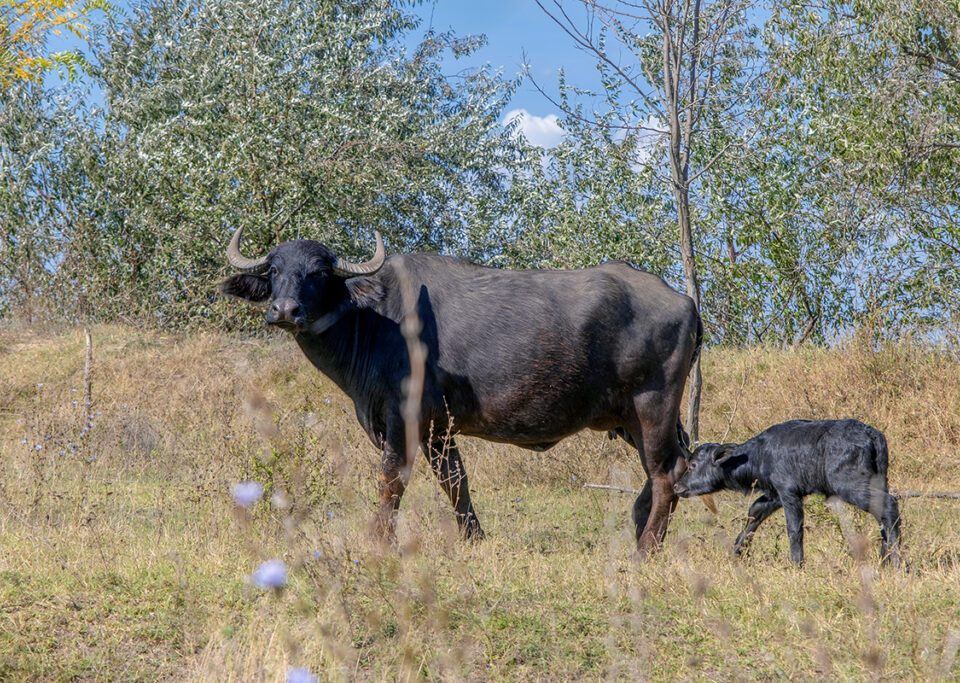 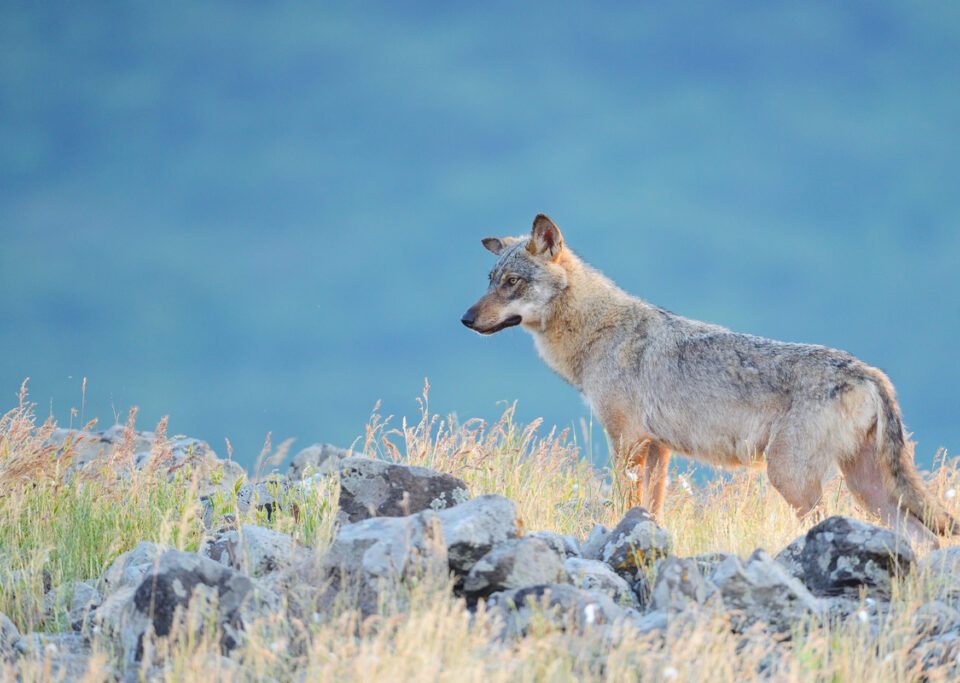